Standard diving dress consists of a diving helmet made from copper and brass or bronze, an air hose from a surface-supplied manually operated pump or low pressure breathing air compressor, a waterproofed canvas suit, a diving knife, and weights to counteract buoyancy, generally on the chest, back and shoes.[1] Later models were equipped with a diver’s telephone for voice communications with the surface.

Some variants used rebreather systems to extend the use of gas supplies carried by the diver, and were effectively self-contained underwater breathing apparatus, and others were suitable for use with helium based breathing gases for deeper work. Divers could be deployed directly by lowering or raising them using the lifeline, or could be transported on a diving stage. Most diving work using standard dress was done heavy, with the diver sufficiently negatively buoyant to walk on the bottom. 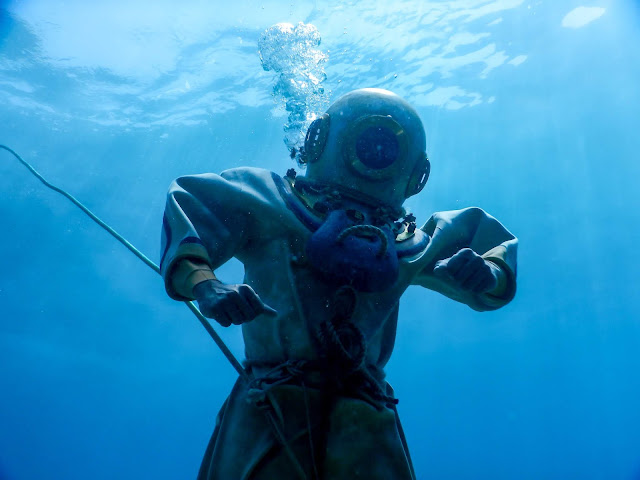